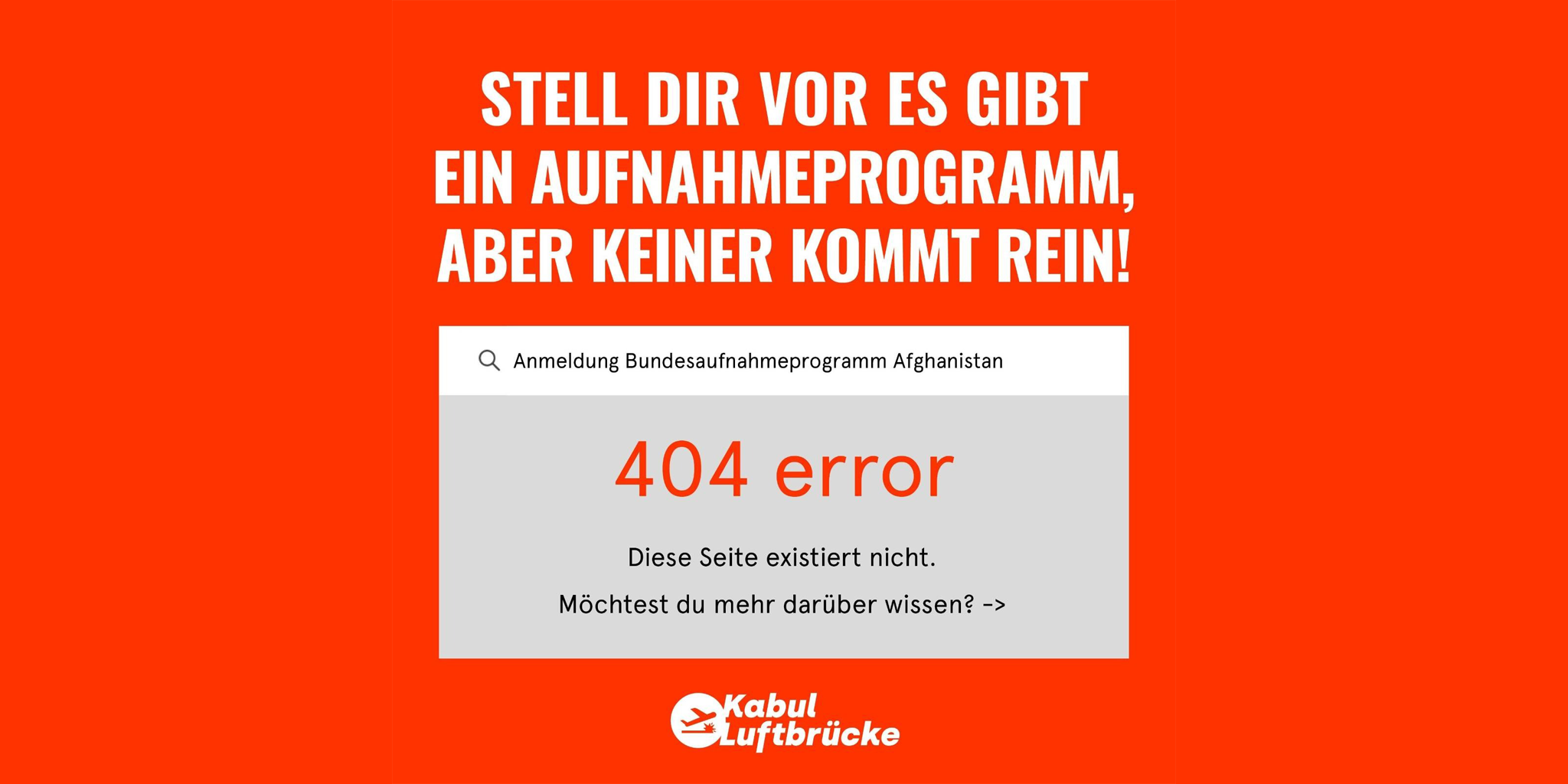 In today’s press release from the BMI and AA, the ministries announced the start of the humanitarian admission program for Afghanistan, which vulnerable individuals and their families have been waiting for for over a year. Access to the program will be limited by only being able to apply through selected NGOs, which will be overloaded with the task. Once again, it is civil society that is expected to bear the government’s protracted assumption of responsibility. Kabul Luftbrücke criticizes severely limited access to the program.

By limiting access to the reception program to selected NGOs eligible to register, the federal government continues to deny acutely endangered Afghans the opportunity to file their own requests for protection. “After months of NGOs and ministries working together, we end up being made gatekeepers again,” says Tilly Sünkel of Kabul Luftbrücke. “By doing so, the federal government makes it a matter of luck and privilege whether one can even register for the program: Application is reserved for those who already have contacts with a German NGO. It is precisely the most vulnerable who run the risk of being overlooked.”

“The German government also wants to exclude people from the program who have already fled to Afghanistan’s neighboring states – even if they do not have a secure residence title there and are threatened with deportation to Afghanistan,” Sünkel continues to criticize. This logic forces acutely endangered people to stay in Afghanistan so that they have any chance at all of being accepted in Germany.

Kabul Luftbrücke is a civil society initiative that recognizes and accepts its responsibility to the Afghan people. With the help of donations, we have already succeeded in helping over 2,700 people leave the country safely and legally, and we continue to do so.